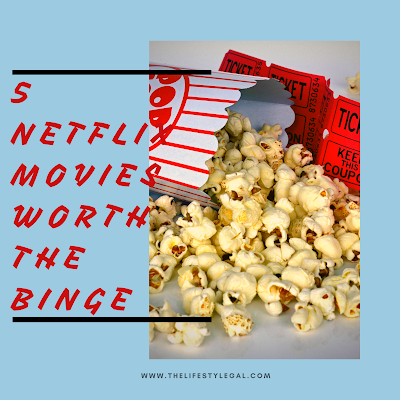 Looking for an interesting movie to watch on Netflix should be listed as an extreme sport these days. While we are all at home due to the global pandemic (I hope we are all staying safe and responsible) a little more Netflix and chilling won’t hurt anyone. So in this blog post, I’ve made a list of 5 Netflix movies worth the binge and your time! Grab your popcorn, wear that oversized shirt or whatever makes you comfy, slide under the duvet and get ready to have the time of your lives! 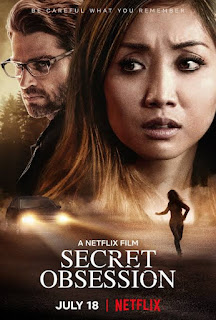 SECRET OBSESSION|| 2019
Be careful what you remember after an accident… When Jennifer wakes up with amnesia after a traumatic attack which at first glance looked like a car accident,her doting husband or was he really her husband? cares for her. A few days in and the suspicious doting husband rearranging her life makes her realize that the danger is far from over.
I’d rate this movie a solid 8/10. And while there are so many unanswered questions, and there are many, can’t be overlooked so easily, even when the action is fierce and the victim is terribly terrified. Characters and points to the story appear and disappear without any explanation. Like who was the man that came to look for her at the hospital and why did he get killed? 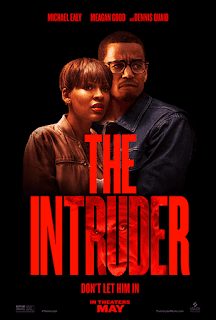 THE INTRUDER|| 2019
DO NOT LET A STRANGER INTO YOUR HOME!
When young couple Scott and Annie Russell bought their dream home from a mysterious widower Charlie in Napa Valley, California their overexcitement which led them to letting a total stranger in might get them both killed as their newfound paradise suddenly turns into a living nightmare. Charlie who is still strangely attached to the house  begins to interfere in their daily lives and soon his erratic behaviour turns to obsession, while the young couple are caught up in a violent confrontation, they fear everything they hold dear might soon be destroyed.
While I’d go on to rate this movie a good 8/10, I still cringe at the naivety of Annie. I feel it was overly exaggerated cause in this day and time, a grown woman can clearly point out when a man is making sexual advances towards her. And who the hell gives a total stranger a tour of their home? 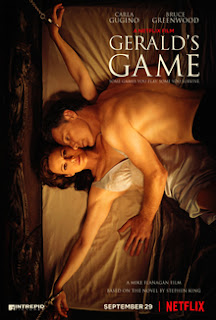 GERALD’S GAME|| 2017
If you’re going to go all kinky with handcuffs in the bedroom, then keep the keys close just in case you get a heart attack and die your partner will be able to un-cuff themself. And stay away from that bottle of viagra! Don’t be like Gerald…
Watch how Jessie accidentally kills her husband Gerald during a kinky game. Handcuffed to her bed with the key faraway on the dresser and no hope of rescue, she begins hearing voices and seeing strange visions.
I’d rate this movie a 6/10 cause the stretched the bedroom scene a bit too much for my liking. But if you’re one who loves extreme suspense in movies, then dive right in! 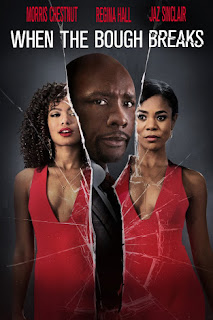 WHEN THE BOUGH BREAKS|| 2016
When you want to get a surrogate, do your homework and set boundaries! When John sluggishly agrees to letting his wife Laura Taylor convince him into hiring Anna to be a surrogate mother for them, their lives as they know it is about to have a drastic change. But Anna in her make believe innocence impedes her boyfriend’s plan of demanding money from the desperate couple when she develops an insane obsession for John.
This movie deserves to be a 9/10, but for the hurried ending I’d rate it a 7/10. Laura’s desperate behavior to have a child was terribly scripted. The story point of Anna having feelings and sending nudes to John was too sudden and killed the suspense vibe the movie was trying to give off. Oh, and what’s it with people letting total strangers move into their homes in thriller movies these days?! 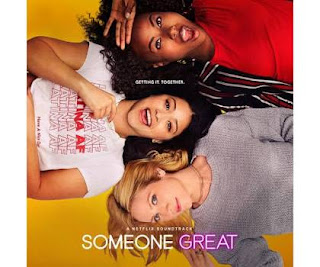 SOMEONE GREAT|| 2019
When your whole life revolves around someone, maybe you need to take a step back and figure life out for yourself by yourself.
When Jenny gets dumped by her long-term boyfriend Nate, her life is totally shattered and she has to learn how to choose herself and her career as a music journalist. With the breakup being barely a day old, Jenny doesn’t want to be left alone or stay idle so she recruits her two best friends Blair and Erin for one last outrageous adventure in New York City before she finally moves to San Francisco which was part of the reason for the breakup.
This movie is a solid 9/10. Great story point, nice plotting and great character choices. But if Nate loved Jenny as much as the movie made it seem, why was she the only one moping around like a clueless lad? Behaving like a reckless child cause she got dumped didn’t sit right with me to be honest. She had a great support system, her friends chose to be with her but at every chance she got she kept wallowing in what she had with Nate. Girl, cry your eyes out, party or do whatever you want and move on already!
My bored self watched these movies in less than 3 days! No judgments please… have you watched any of the movies on the list? I’d love to know in the comment section and if you haven’t, hurry up and watch it and let me know your thoughts in the comment section.
Photo Credit || Wikipedia
XX.
Ucheyy.
Share on Social Media
twitterfacebookpinterestlinkedinemail

What does self-care mean to you?

Currently, I’ve been aiming for at least 7 hours of sleep every night. I try to read something relaxing for at least 30 minutes to an hour daily. I stay away from anything that disturbs my peace and I’ve currently muted some words on social media that cause me to have anxiety.

These little changes have left me feeling better recently and I love that for me!

So, what’s your idea of self-care? What does it mean to you?

don’t listen to people who tell you you can’t eat a whole pizza, you don’t need that kind of negativity in your life

Tried out a few Nigerian dishes at @verisons_cafe

I enjoyed every bite of the puff puff and samosa!

This is an affordable place as the prices of snacks/foods ranges from N100 – N2,500.

@verisons_cafe is a fast food restaurant in the heart of Wuse Abuja that takes pride in preparing and selling authentic Nigerian dishes at affordable prices.

I loved just how cute and colorful the space looked!

What do you think of restaurants selling Nigerian foods? Btw how cute is this space?! Let’s discuss ❤️.

I was hosted to try some things off the menu @renaoabuja and I got to try one of the Rénao’s platters while dining in the VIP area.

The platter had goatly rolls, rénao plantain cups, rénao special rice, and peppered chicken in it. For my drink, I had the panther smoothie.

Rénao Plantain Cup
This plantain cup was made using mashed overripe plantains and filled with properly cooked goat meat chunks and bell pepper slices.
I enjoyed this meal. Trying just the plantain alone was so sweet for me, but eating everything in the “cup” together balanced out the flavors properly.

Goatly Rolls
This was my favorite on the platter. Properly cooked and spiced goat meat with sautéed veggies and a special ingredient made into a roll! Think spring rolls but with goat meat and sautéed veggies! I enjoyed every bite and I kept reaching for more.

Rénao Special Rice And Peppered Chicken
The rice had mushroom slices in it and chicken chunks too. Every bite was delicious.

The peppered chicken was so tender the meat fell off the bone effortlessly.
Squeezing some orange juice into the rice dish gave it a burst of flavors and my taste buds appreciated that.

Panther Smoothie
This smoothie was made from bananas, strawberries, pineapples, and whipped cream. It wasn’t so sweet, it was good sweet and I loved it.

The service here was just so amazing. The waiters seemed to be knowledgeable about their menu and were courteous too.

Have you been to @renaoabuja or tried anything off their menu? Do tell!

One thing that stood out for me at @renaoabuja is how the walls are beautified with art graffitis on almost every corner, and the tables have names of different Abuja locations on each of them.

Hope August was good to you? ❤️

I couldn’t pick a favorite so I’m sharing the ones that made the cut! Which slide is your favorite? 🥰