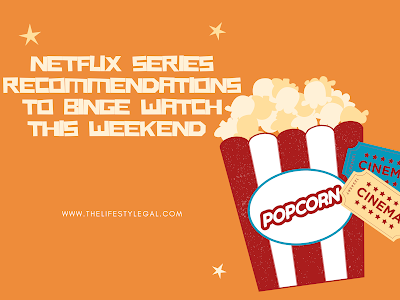 We all know finding a great series to binge watch on Netflix is quite the task. As most of what they put up as classics tend to be quite disappointing at the end. This list is made up of different varieties so I guarantee you’d find something captivating you’re yet to watch. If nothing captures your imagination on this list, try the list of 5 Netflix movies worth the binge here.

This post is a day late, and I sincerely apologize for that. I’ve been under the weather and could barely bring myself to get off my bed. Bear in mind, I’m making this post still in bed (arrrggghhhh)! Let’s dive in shall we? 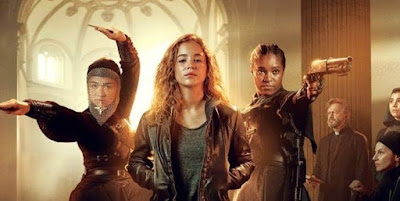 This series is based on a comic book character, Warrior Nun follows crippled  teenage orphan Ava Silva (Alba Baptista) who gets resurrected from being dead through an angel’s halo while gaining miraculous new powers which sets her on course to becoming, well, a warrior nun. There was a mix of fight scenes, teen drama, young love, trust issues and increasingly farfetched plots involving angels, demons and an ominous tech company. You know how dramatic the stories in Riverdale was? Yeah that kind, with a dash of Dan Brown. A guilty pleasure for everyone, if you can get past Ava’s over bearing attitude you’re good to go! And for goodness sake who did Ava’s voiceover because it was annoying! 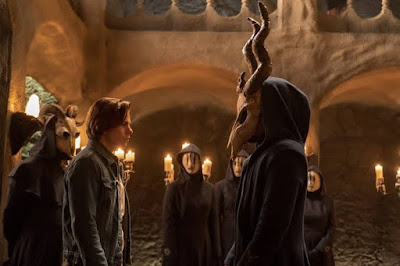 This is a good watch, if you’re one for supernatural powers and werewolves versus witches fights then you’d definitely get sucked into the world of Belgrave University.

This series has Jack Morton who is on a quest to avenge his moms death joins a secret society, the Hermetic Order of the Blue Rose. In his quest, he uncovers dark magic, underground battle between werewolves and practitioners of dark magic, and what seems like a love interest too. Will Jack fight for his love interest Alyssa or will he be fighting to stay in the Hermetic Order of the Blue Rose or will he join the werewolves of the Knights of St. Christopher? 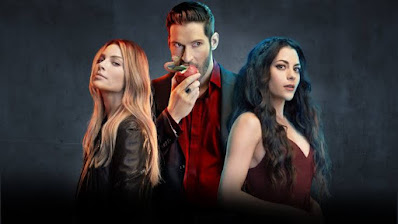 So the devil got bored in hell and where does he decide to go on vacation? You guessed right!… Earth!

The story starts of with the devil being bored in hell and decides to go on vacation in Los Angeles where he owns a club, parties every night and seduces both men and women as his mood pleases. Until he meets the detective Chloe, who doesn’t fall for his mind tricks so here lies a challenge for dear poor Lucifer. Does Chloe fall for him? Does he drive the earth to chaos as we’re told?

Oh there’s an interesting twist! God also paid a visit to earth to make Lucifer go back to hell! We also have Eve come in to profess her undying love for Lucifer.

A large bowl of popcorn will not be enough for the drama that unfolds in this series! If this post was based on ranking, then this will be my number 1.  Btw, season 5 is airing today (21/09/2020)! 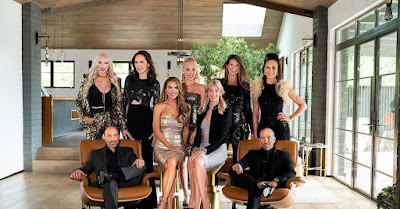 This reality TV show follows the glamorous lifestyle of the employees of real-world LA estate agent firm The Oppenheim Group as they close multi-million homes to the one-percenters.

The world of selling sunset has the real estate agents driving in their customized Rolls Royce while selling properties to clients who whine about not having enough space to store their 12 cars.

There are different class to rich! The question remains, which agent will close their $40million target? You will hate it, and you will love it here. 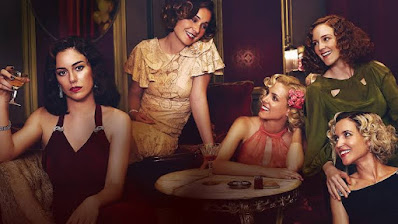 The story takes us back to the 1920’s when Spain got its first national telephone company in Madrid and women couldn’t hold certain offices or be outspoken in public. Where men decided if their women should take a certain job or wear a certain color of lipstick or if they’re allowed to hang out with their friends.

Alba Romero and her group of girlfriends weren’t having any of these as they were fed up and knew women deserved more than warming the men’s bed and making babies!

This series put me in different emotions, watching friends literally die for each other fighting for what they believe in. This series has the true definition of feminism and it is a must watch! 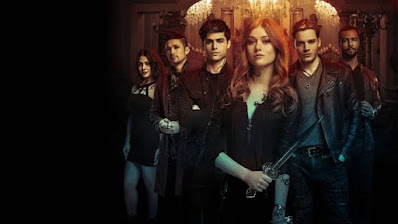 Clary Fray gets a mind blowing gift on her birthday, and I don’t mean a Ferrari or a Rolls Royce, I’m talking superpowers and what not.

Clary discovers that she’s a part of race of demon-hunting humans who have the blood of angels.

While thrown into this new world of demon hunting, vampires and werewolves, just to name a few of the creatures she had to battle, Clary had fellow hunters Jace, Alec, Isabelle and her best friend Simon to help her through it.

Of course there was a love story between Clary and Jace, and the best friend Simon who had hidden feelings for her too.

But as every supernatural story has taught us, for every power given a price must be paid! What will Clary have to sacrifice? You have to watch to find out! 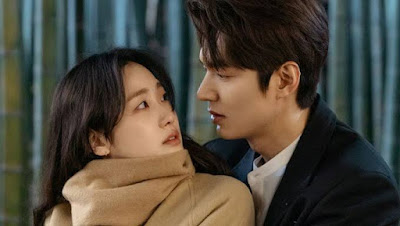 This K-drama has every girls crush Lee Min-ho play the lead role as Lee Gon. A young prince who watched his father get murdered by his uncle while struggling to stay alive from strangulation gets saved by a mysterious woman.

He grows to become a modern day Korean emperor and searches far and wide for the mysterious lady that saved him, until he discovers a door to a parallel universe.

This series has Lee Gon and Tae-eul going back and forth into different times exploring their love story while trying to stay alive.

So many emotions came from this series, tears were shed and lots of laughter too. Clear your weekend if you plan on watching this!

There are so many interesting series to watch on Netflix, but you have to really search to find the good ones! I hope this list of Netflix series recommendations to binge watch this weekend is enough!

You can also add interesting series you’ve been watching in the comment section, so we can all have different options for the weekend!

What does self-care mean to you?

Currently, I’ve been aiming for at least 7 hours of sleep every night. I try to read something relaxing for at least 30 minutes to an hour daily. I stay away from anything that disturbs my peace and I’ve currently muted some words on social media that cause me to have anxiety.

These little changes have left me feeling better recently and I love that for me!

So, what’s your idea of self-care? What does it mean to you?

don’t listen to people who tell you you can’t eat a whole pizza, you don’t need that kind of negativity in your life

Tried out a few Nigerian dishes at @verisons_cafe

I enjoyed every bite of the puff puff and samosa!

This is an affordable place as the prices of snacks/foods ranges from N100 – N2,500.

@verisons_cafe is a fast food restaurant in the heart of Wuse Abuja that takes pride in preparing and selling authentic Nigerian dishes at affordable prices.

I loved just how cute and colorful the space looked!

What do you think of restaurants selling Nigerian foods? Btw how cute is this space?! Let’s discuss ❤️.

I was hosted to try some things off the menu @renaoabuja and I got to try one of the Rénao’s platters while dining in the VIP area.

The platter had goatly rolls, rénao plantain cups, rénao special rice, and peppered chicken in it. For my drink, I had the panther smoothie.

Rénao Plantain Cup
This plantain cup was made using mashed overripe plantains and filled with properly cooked goat meat chunks and bell pepper slices.
I enjoyed this meal. Trying just the plantain alone was so sweet for me, but eating everything in the “cup” together balanced out the flavors properly.

Goatly Rolls
This was my favorite on the platter. Properly cooked and spiced goat meat with sautéed veggies and a special ingredient made into a roll! Think spring rolls but with goat meat and sautéed veggies! I enjoyed every bite and I kept reaching for more.

Rénao Special Rice And Peppered Chicken
The rice had mushroom slices in it and chicken chunks too. Every bite was delicious.

The peppered chicken was so tender the meat fell off the bone effortlessly.
Squeezing some orange juice into the rice dish gave it a burst of flavors and my taste buds appreciated that.

Panther Smoothie
This smoothie was made from bananas, strawberries, pineapples, and whipped cream. It wasn’t so sweet, it was good sweet and I loved it.

The service here was just so amazing. The waiters seemed to be knowledgeable about their menu and were courteous too.

Have you been to @renaoabuja or tried anything off their menu? Do tell!

One thing that stood out for me at @renaoabuja is how the walls are beautified with art graffitis on almost every corner, and the tables have names of different Abuja locations on each of them.

Hope August was good to you? ❤️

I couldn’t pick a favorite so I’m sharing the ones that made the cut! Which slide is your favorite? 🥰